We recently attended a biomass site which required its power producing generator to be removed for refurbishment. Weighing in at 30,500kg and having limited access for cranes there were 2 possible options available; 1) remove a roof section and lift using a very large crane positioned outside the building or 2) squeeze a crane inside and lift from inside the generator hall.

After careful measuring, planning and simulations we believed it was possible to safely execute the 30.5Te lift from inside using our LTM1070.

Due to the nearby voids, basements and underground services we arranged for an engineer’s assessment to ensure the ground can withstand our out-rigger point loadings. As assumed, one of our supporting out-riggers was indeed too close to a nearby void and basement. The solution to place a load bearing beam under the out-rigger to span the foundation pile caps. It was then decided to produce a beam for each of the 4 out-riggers.

We organised and liaised with engineers and fabricators to produce the beams and our site erecting team installed them in preparation for the lift taking place. 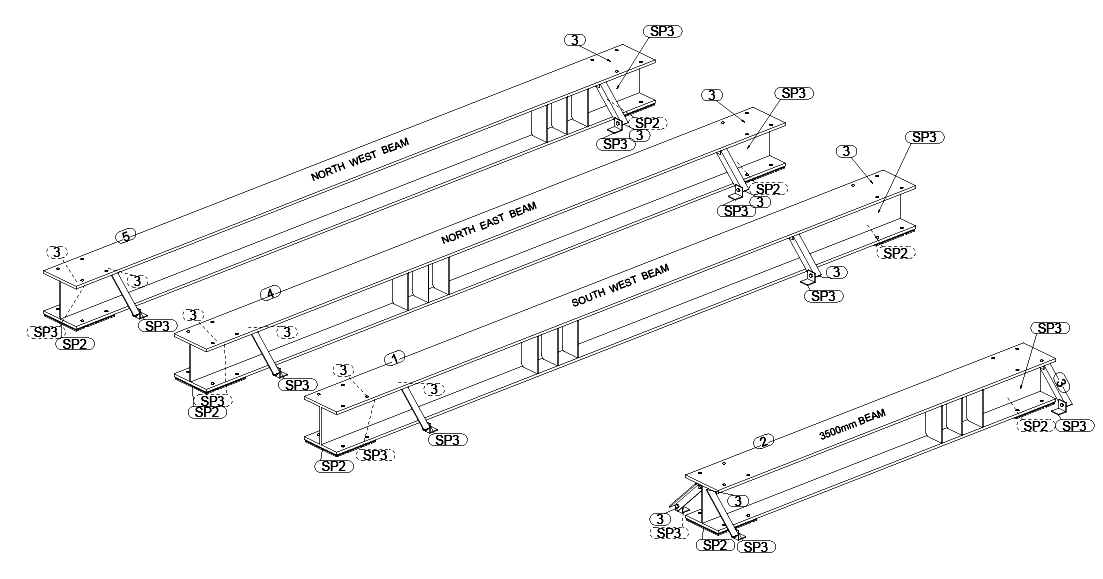 The next issue was space! The generators surrounding platform made up of beams, handrail and open mesh flooring had to be dismantled to allow our crane access. Again, our site erecting team dismantled the structure to allow adequate space for set up. 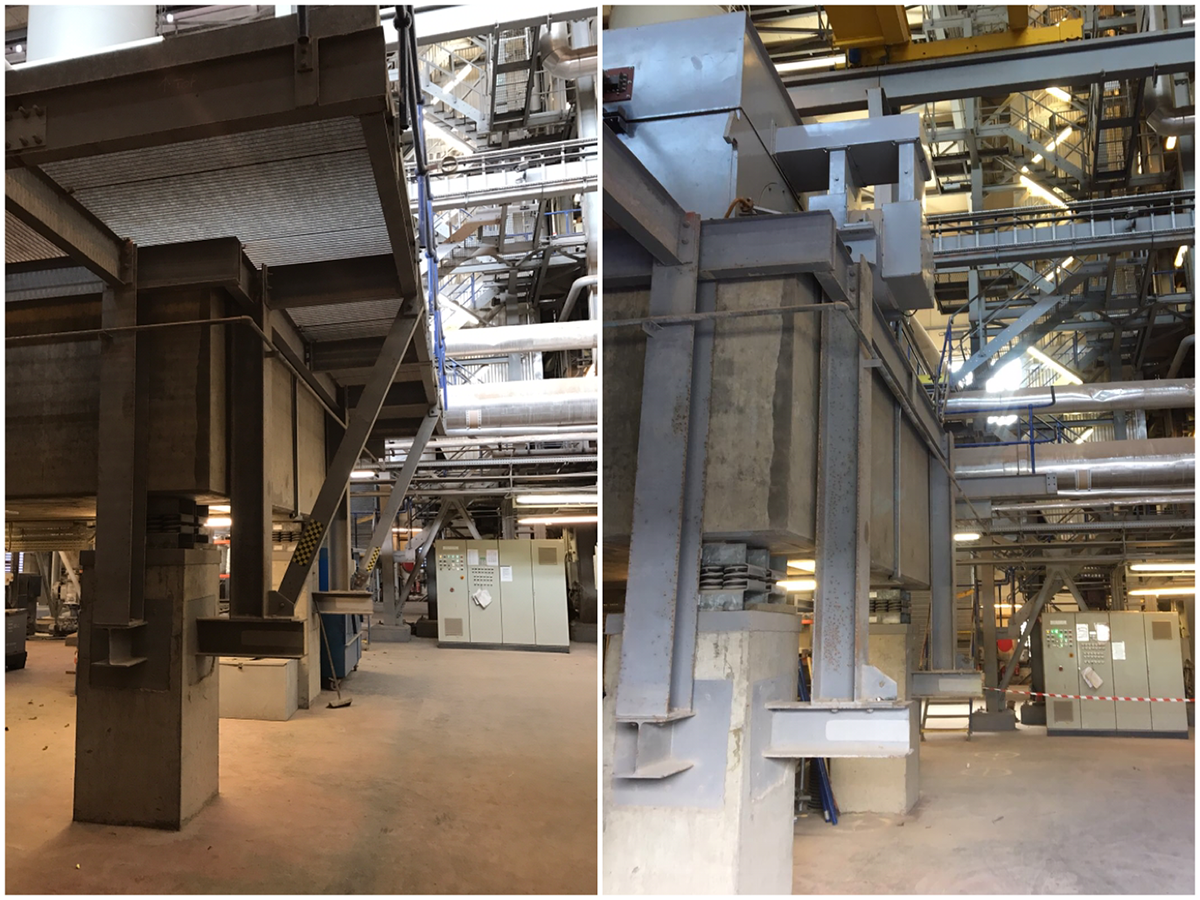 After some careful positioning and removing the cranes pad carrier box our team were ready to lift. We carried out a simulation and ensured everything was as per the lifting plan. With our counterweight having an inch of clearance, the generator was finally removed from its resting place. 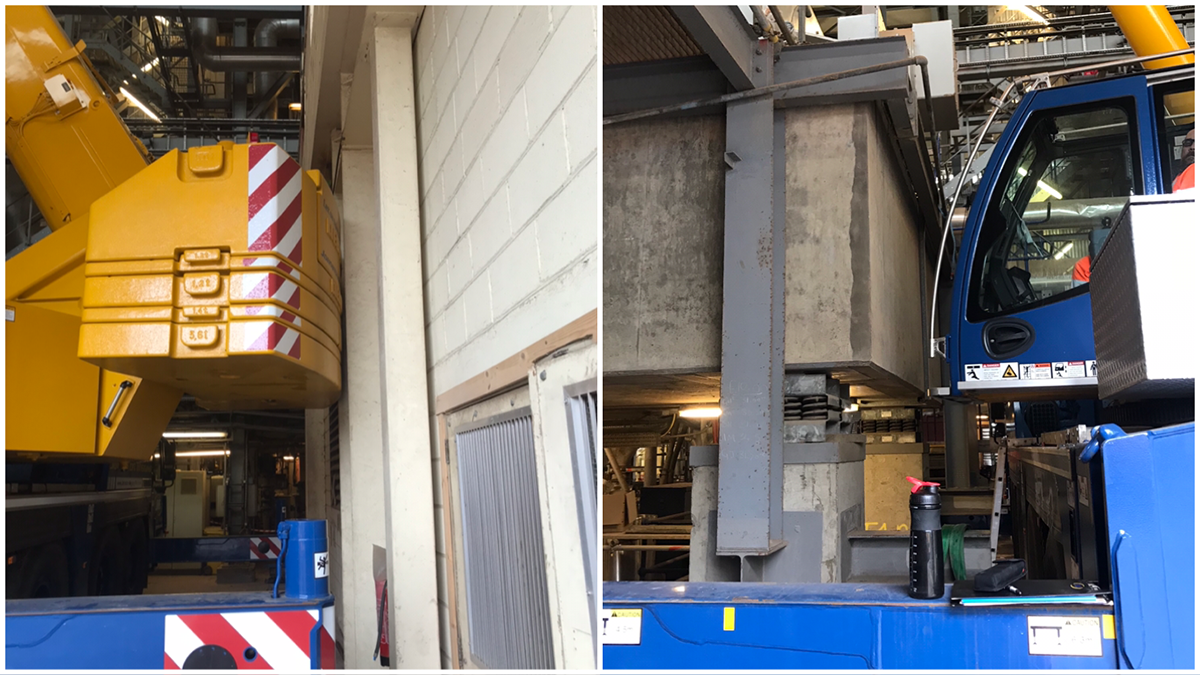 The load was carefully landed onto machine skates to allow us to skate the generator out into the daylight for its journey to our client’s workshop for refurbishment. 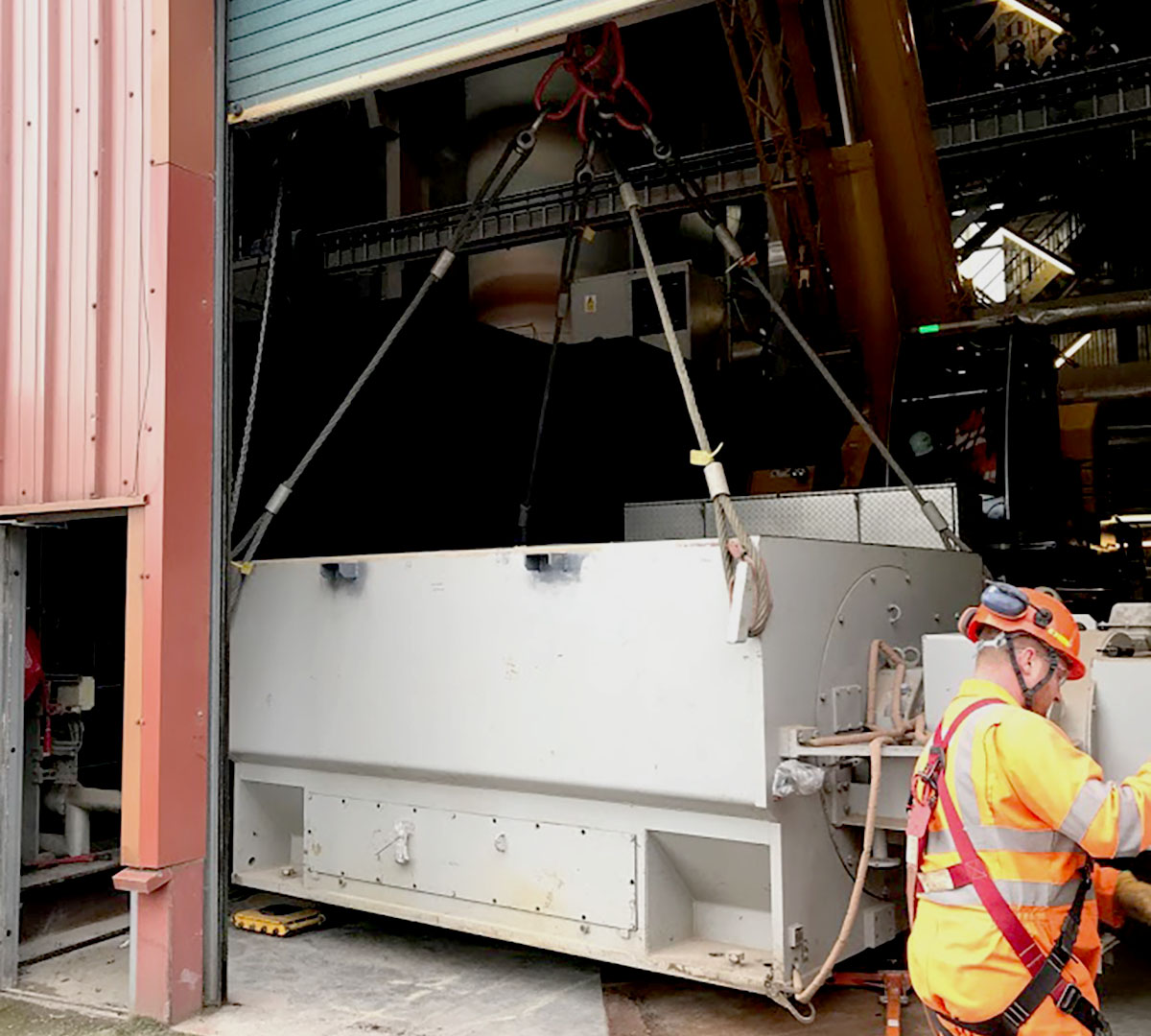 A 110Te crane positioned outside was utilised to lift the generator onto the waiting transport.

Once the generator refurbishment works were complete it was returned to site on our organised transport ready for the installation.

Again, with inches to spare the generator was transferred into the building and lifted into place.

The generator platform steelwork was then reinstated by our site team and the outrigger supporting steelwork removed and put aside ready for the next generator refurbishment.

When others said it couldn’t be done from inside the building, we believed it could. The result being a significant financial saving for our client and less disruption to the plant.